Technology Lets Us Be More Entertaining

Technology has turned many individuals into multimedia entertainers. No longer are art and commerce considered far apart, as it usually takes some form of graphic art to bring brands to life through content marketing. People appreciate the combination of not only text with photographs, but text with video, audio, animation, infographics or other form of digital expression.

Social media and mobile technology are the two important factors that give anyone access to creating their own media channel. Facebook alone has accelerated society into a state in which creating and sharing customized media is becoming common. No longer is fame a distant destination. It’s possible to build an online following just by adding remarks to news articles. The tools are now in place for anyone to entertain an audience on a daily basis and build the audience through social networks.

Last century many people had dreams about being entertainers but did not train themselves to be entertainers. People were taught that the chances of making it as a star in the entertainment business were slim. Last century it took a lot of effort to get 10 people to show up to an event. This century’s tools make it possible to put communities together in the hundreds or thousands all because of the direction that content marketing is moving, which is mixing information with entertainment.

YouTube has created an incredible number of niche video stars in the new century. It’s important to understand that this shift toward allowing anyone in the public to have their own video channel with no prior video experience has dramatically changed many of the rules about video production. No longer does production have to be slick and carefully scripted.

Most of the videos you find on YouTube designed for business presentation is much more relaxed than the characters you might see in a television commercial. People have learned to be themselves on camera after a few decades of home movies. It turns out that acting comfortable on camera does not require acting lessons or a Hollywood resume.

The growing popularity of YouTube is a signal that online video is here to stay and that home video can be taken seriously when it captures memorable content. The combination of producing useful video content in an entertaining way with appropriate tags can help build an online following, especially since Google now gives high rankings to unique informative videos.

Content marketing is all about experimenting with various multimedia to get the attention of an online audience. Video has been the most common way to showcase the new paradigm of multimedia entertainment. Audiences have been latching onto video games, animation and slide shows in addition to consuming niche videos that are not necessarily targeted for a large audience.

We are still in an age in which the limits of multimedia are undefined. Multimedia has been a slowly brewing dimension that can go many creative directions. The interactive quality of multimedia continues to be a wide open frontier for tech designers. The more developers can get people to interact with their gadgets, the more multimedia becomes a seamless part of everyday life. Apps have helped multimedia become mainstream.

But new ideas for multimedia do not necessarily have to come from engineers. Like people who upload videos to YouTube or music to ReverbNation, anyone can experiment with content to expand the possibilities of multimedia. There are enough tools to play with, such as WordPress, Photoshop and iMovie, to create captivating presentations. Take the lead in multimedia production by working with creative graphic artists who understand animation.

Ian Conklin is the President of OTR Web, a web development company creating market ready websites since 2000, with locations in Canada, USA, Europe and South America. 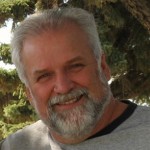 OTR Web – Delivers What You Need With Style.